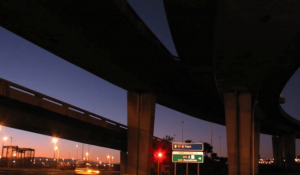 The models and visuals of the 2017 exhibition of the Foreshore were equally entrancing. They allowed the visitor to get a full sense of the scale and grandeur of the proposals. Visitors could move, as if in an airplane, through the air above the city and see the future visions below.

Donna Haraway calls this way of seeing the “god trick”. Being above such models distances the observer and creates an illusion of all-knowingness. The observer is omnipresent, the Foreshore is under control. The view from above is cleansed of complexity. Looking at models like these of the Foreshore creates a fantasy view. No human will live this version of the Foreshore.

Donna Haraway suggests that instead of god-tricks we could we pay more attention to “diffracted views”. These deny the idea of a single Foreshore story, whether based on roads, or elevated urban parks, luxury apartments or low cost housing. She challenges us to become more open to knowing from a location, and from a particular body.

In practice, what would that mean?

It would mean moving beyond god-tricks, and getting into human bodies, from the proposal stage. It would mean representing experiences of humans in and through the Foreshore proposals, in all their complexity. The woman driver on freeways, on streets, in parking. The man on foot. The child in pram. The householder in high-rise, under freeway,

next to port. The business woman in the waterfront, in the City, in the Bo-Kaap. The refugee.

This is not common practice. It feels too complex for planning purposes and for certain it would require Cape Town\’s built environment professionals to stretch even deeper into their creativity. But the history of planning in the Foreshore area shows that the many voices of Cape Town will have their voices heard and their experiences validated, despite the god-trick arguments of the engineers and planners. History shows that people can and will call loudly and powerfully for attention. Which is partly why the Foreshore is “unfinished” to this day, despite the impressive models of the decades before. 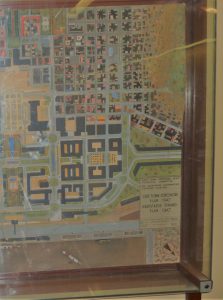 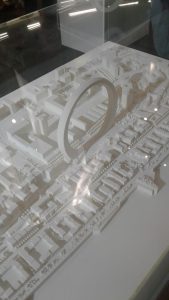